Odds of Having Twins 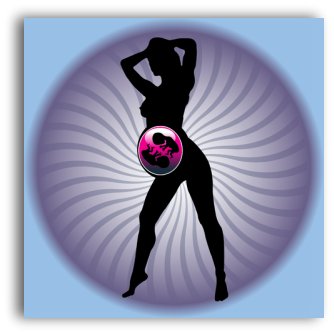 What are the odds of having twins? This is an intriguing question that many will ponder even before they plan on starting a family. People are fascinated by twins in general and so, of course, any woman trying to conceive will likely wonder what her chances of having twins are. There is a lot of gray area when it comes to figuring out the true probability on conceiving twins because there are so many different factors involved. We will discuss these here to try and give you a much better picture of the odds of having twins.

First off you should know that twin birth has been on the rise since the 80's. Many of the factors we will go over are actually directly related to this rise. Will they increase your odds? Lets see...

If you are undergoing IVF to try and conceive, your chances of having twins are about 32% (at least in the U.S.). Because two or more fertilized eggs are routinely implanted at one time, the increase in odds is substantial.

Clomid is a fertility drug that aids in ovulation. Women undergoing this type of treatment have about a 10% increase in their chances of having twins because clomid can cause hyper-ovulation (the release of more than one egg).

Studies have found that there is an increase hyper-ovulation in women over the age of 35. Because so many women are waiting until later in life to start their families, we have seen a rise in the twinning rate overall.

If fraternal twins run in your family, you may have increased odds of having twins yourself. This is because the hyper-ovulation gene can be passed on from mother to daughter. True statistics are not clear on this.

Some more recent studies have concluded that the fraternal twinning rate increases substantially in obese women, as well as women with an above average height. Although the reasons are not completely clear there is some sort of correlation.

Another study done a few years ago has shown that women who consume dairy products, as opposed to those who don't seem to be five times more likely to get pregnant with twins. Probably linked to the insulin-like growth factor (IGF).

It seems that women who have already had a set of fraternal twins are a bit more likely to have another set of twins as opposed to a woman who has only had singletons. This may be linked to the hyper-ovulation gene.

You might have noticed that there is a constant reference to fraternal twins when talking about the odds of having twins. There is much to learn about the differences between identical and fraternal twins and what causes them. We recommend that you check out our extensive article regarding this remarkable topic to learn more. And remember, you might just have twins by sheer luck. In this sense, we all have the same chances!