Am I Having Twins?

They say one, but is there two?
A brief guide to ultrasound "twin-spotting"
by Geohde - M.D. and Mother of Twins 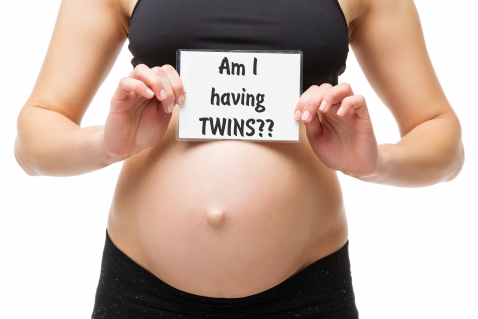 Am I having twins? As women who have confirmed twin pregnancies know all too well, there is significant public fascination with the fact that one's oven contains not one, but TWO baking buns.

Put simply, multiple pregnancies and multiple babies are interesting and uncommon enough to seem a bit special, too.

Twin prams have been known to cause whiplash in certain situations, but the increased attention starts even before your babies arrive. Many moms-to-be of multiples have probably experienced at some point or other the inevitable double-takes at the double-bump and the uncomfortable looking about-to-pop double-baby waddle, prompting all sorts of "should you be doing this?" comments from people in the supermarket.

Interestingly enough, people are rarely consistent in their remarks and size must at least partially be in the eye of the beholder. I was once called both "ready to pop" and "tiny for twins" on the very same day.

I still wonder if the "tiny" exclaimer thought I should look like I was smuggling a fifth grader in there, because I really was pretty huge at that point. I couldn't sit down without spreading my legs to gynecological proportions apart, for a start.

Twins hold a fascination, and for this reason it is no wonder that many of us secretly hope for a twin pregnancy. We wonder, especially if we've used assisted reproduction, our beta hCG is unusually high, we have a family history, we're experiencing more severe morning sickness, or perhaps simply getting bigger faster than expected. Sometimes, we're right in our suspicion. Other times, the diagnosis of twins is a complete shock.

Whichever group you may fall into when wondering, "Am I having twins?", ultrasound is almost always the way you found out for sure that you're carrying multiples. Ultrasound pictures are our first solid confirmation of two babies and two heartbeats and we can do this remarkably early on in a pregnancy, beginning from around six weeks gestation in the first trimester.

So, Am I Having Twins in This Ultrasound Image? 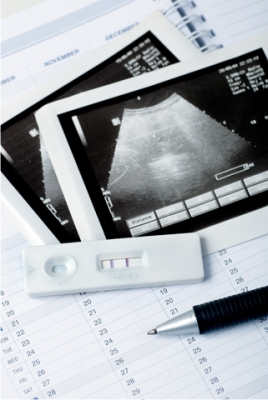 Many women have submitted ultrasound pictures of early (and later) pregnancies to Twin-Pregnancy-and-Beyond, wondering if they may be carrying twins. It's a reasonable enough question. Occasionally there IS two in there, after all. So why are so many of us left wondering...could it be twins?

Often mothers-to-be are given only a few printouts to keep of their baby(ies) at scans, and it may not be entirely clear from looking at just the one printout of an entire scan (especially to the untrained eye) that there is only one fetus. Sometimes, the sonographer or doctor performing the scan has been clear that they see only one baby, but the picture leaves room for doubt. There are lots of things that can look a bit like another baby, including bits of bowel, ovary and even bladder!

Alternatively, the quality of the picture may poorer for technical reasons and the 'fuzziness' can lead to seeing double-trouble when you take that printout home and look at it again (and again, and again). Other times, there is clearly only one baby, but the power of optimism is very strong indeed.

Reasons for wondering vary, but the main piece of advice to those of you wondering is simple: Ask your doctor or caregiver. 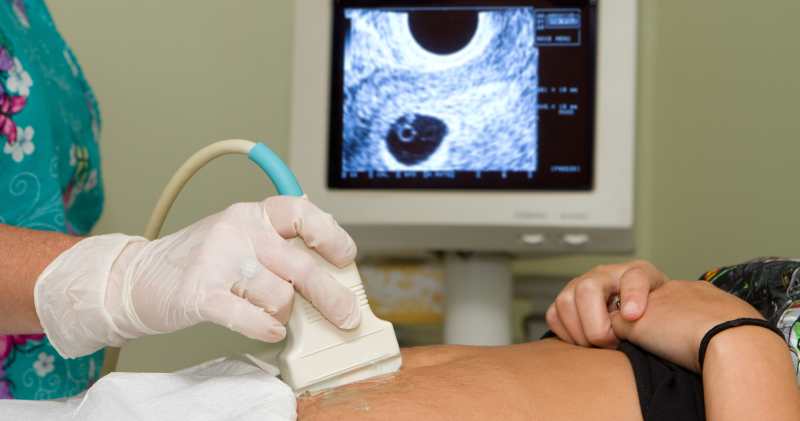 There are exceptions to this, including the occasional occurrence in early pregnancy of a gestational sac and fetus being missed completely (something called undercounting, which can be more of a problem in higher-order-multiple pregnancies) due to the sonogropher/ultrasound tech not checking the entire uterus and stopping the scan when they have located the first baby and heartbeat. Very rarely, although it sounds difficult to fathom, a twin will be missed in later pregnancy.

Usually what has happened in this instance is (rather than completely failing to see the extra baby in there) that bits of one baby and bits of the other baby have all been assumed to come from the one baby and measured as such. If you've found two arms and you don't go looking for two extra is a very, very crowded uterus, full of what I like to call 'wiggling limb-soup'.

One of my own twins was accidentally measured twice in a growth scan that exact way in the third trimester, and we all only noticed when the measurements for both babies (who were not the same size) came up as identical.

Again, before I get to the beginner's guide to twin ultrasound that I am aiming to write, I re-iterate that if you are wondering, please ask your caregiver. Dr Google, other twin-hopefuls and amateur twin-spotting cannot replace the real thing although they ARE undoubtedly lots and lots of fun.

Additionally, just to clear up one more recurring theme, there seems to be a common misconception that sometimes (especially if there is a history of miscarriage) a medical practitioner will lie about the possibility of twins to spare concerns. This is actually pretty unlikely.

On the other hand, if you've not been told much and asked to come back for a repeat scan, what should you think about (apart from, well, am I having TWINS)?

If you are asked to return for a repeat scan early in pregnancy, it may be because of the possibility of twins, but more commonly the reason is that you may be less pregnant than you thought and it is too early to see a heartbeat, or that the baby is measuring behind, or that you have had a complication such as a subchorionic hematoma and these things require further monitoring.

If you are pondering even before you get to that first ultrasound, "Am I having twins?", it can be helpful to mention your reasons for suspecting twins. Most sonographers would find it pretty helpful to know they run in your family, or you used ART, and will duly, very thoroughly search for more than one baby. Everybody feels a bit silly to hear they missed a twin!

Read on to PART 2 of Am I Having Twins:
Detecting Twins With Ultrasound

Read more on if you're having twins...