Chances of Having Twins Naturally 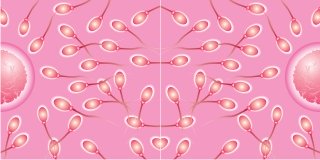 Have you ever wanted to know your chances of having twins naturally? Many women are excited at the prospect of a twin pregnancy. They want to know what they can do to possibly increase the odds of having twins.

There's really no way to ultimately control how many babies you will have in a naturally occurring pregnancy. There's a lot of speculation on the subject, but there are some new studies and up-to-date information on chances of having twins naturally.

Top Factors in Chances of Having Twins Naturally:

It doesn't hurt to have a few sets of fraternal twins on your mother's or father's side of the family if you are the woman trying to conceive. This is because fraternal twins may be caused by something called hyper-ovulation (ovulating two or more eggs at a time). This phenomena can be hereditary and passed down through female generations, for example, having your father's mother or grandmother conceiving fraternal twins may pass the gene to you if you are a woman. So be sure to check out your family history.

In a recent and exciting study by a team of researchers from Europe, the US and Australia, two genes that increase the chances of a mother having fraternal twins have been identified.

The study showed that the gene FSHB variant increased the chance of having twins by 18%, and the gene SMAD3 by 9%.

So, if a mother had both variants, her particular chances of a twin birth would increase by a whopping 29%!

There was a study done in 2005, published by the American College of Obstetrics and Gynecology, that conveyed an increased chance of fraternal twins in mothers who were overweight (a BMI of 30 or greater), and also mothers at the top 25th percentile in height.

Your chances of having twins naturally increase the older you get, but most significantly after the age of 35. This is due to the ovary follicle stimulating hormone (FSH) which goes up as women age causing a stronger chance of multiple eggs being released during your cycle. If you are trying to conceive twins into your 40s, the odds keep going up. And, into your 50s even more. Although, who would want to be running after twins at this age?

In an interesting study done by Dr. Gary Steinman, well known for his research into multiple pregnancy, it was found that the use of insulin-like growth factor (IGF) in dairy animals may be the perpetrator of an increased chance of having twins. For women that consume beef and/or other dairy products, the odds seem to be a bit higher than women who sustain a vegan diet.

In yet another study from Dr. Steinman, breastfeeding at the time of conception revealed a considerable increase in chances of having twins. A whopping 9 times more likely than women who weren't breastfeeding. Who knew?

A study by Swedish scientists says that taking a folic acid supplement can double a woman's chance of having twins. This supplement, which also helps prevent neural tube defects when combined with a multi-vitamin, is an important nutrient for any pregnant mother.

The African country of Nigeria has the highest rate of twinning ever known. Scientists have found that there may be a strong link to a diet consisting of a substantial amount of yams, especially in one particular African tribe. But, even newer studies suggest that it's a unique type of yam native to the area that are the cause in the increased twin births there. So, your average supermarket variety may not warrant any change in your odds of having twins. But hey, give it a try, yams are good!

Are you already pregnant and suspecting twins?
Check out the early Signs & Symptoms of Twin Pregnancy