What is Twin Zygosity? 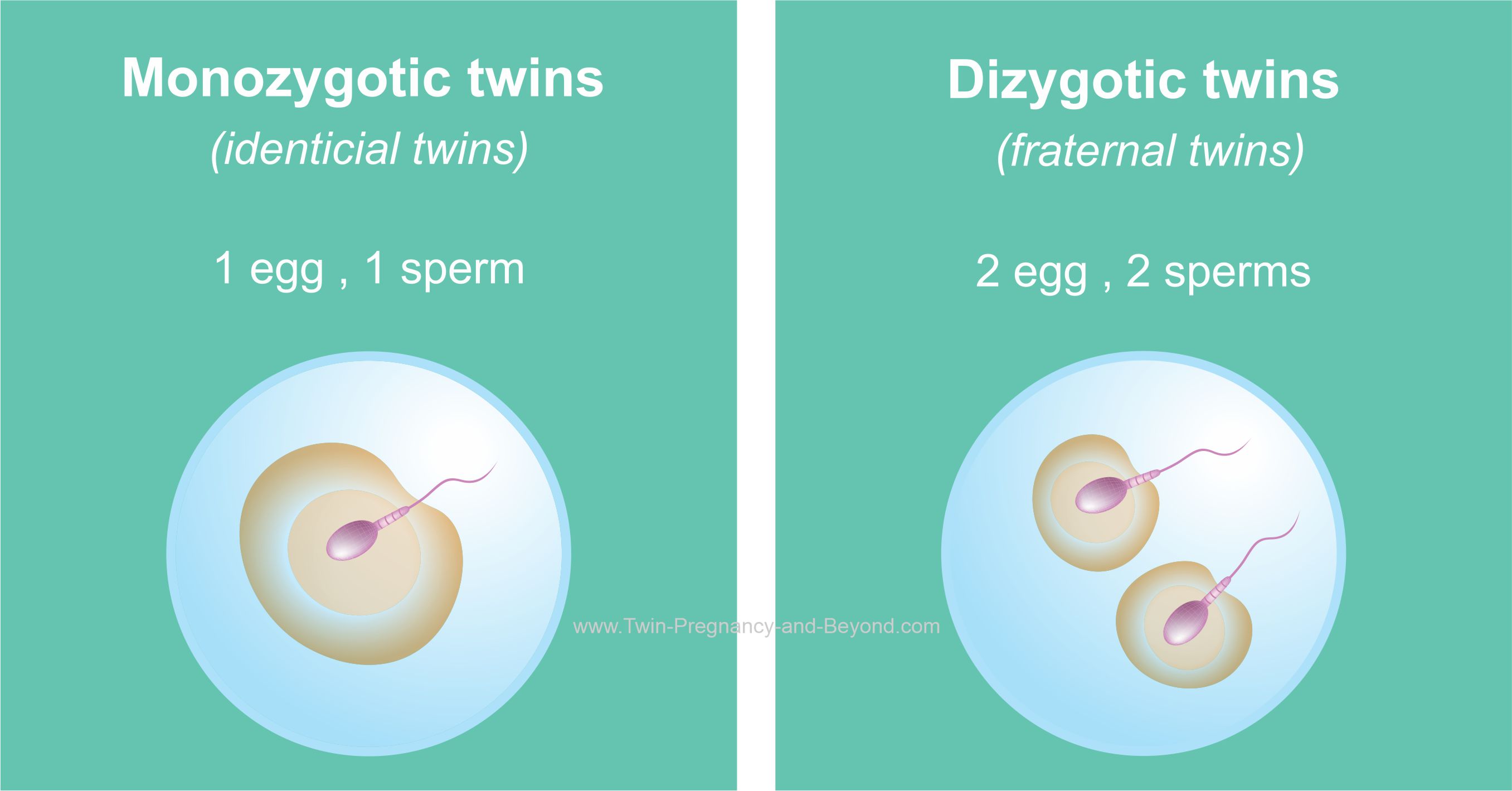 The word zygosity (referred to as "twin zygosity" in this case) is a medical term that related to identical and fraternal twinning. It determines whether twins are monozygotic or dizygotic. These are the two different ways in which twins are formed.

The following definition from a medical dictionary gives you the general idea of the process:

To better understand what twin zygosity is we have created these helpful infographics. These visuals make the process of twinning much easier to comprehend.

What is Twin Zygosity for Identical Twins?

Monozygotic twins are identical. They are formed by one sperm and one egg coming together to form a single zygote (fertilized egg) which then spontaneously splits into two identical halves. Each zygote contains the same genetic makeup creating a set of identical twins. Except in exceptionally rare cases, these types of twins are always of the same gender, two boys or two girls.

Often times genetic DNA testing is needed to determine zygosity of twins depending on the placentation at birth. In other words, it isn't always readily apparent at birth when twins are indeed identical. Unless they share the same amniotic sac, there can be some easily misinterpreted signs. For example, two separate placentas that become fused to appear as one.

What is Twin Zygosity for Fraternal Twins?

Dizygotic twins are fraternal. They are formed by two separate sperms and two separate eggs being fertalized to form two separate zygotes. In turn, each zygote has their own unique genetic makeup making these types of twins just like any other siblings in the same family. They can be two girls, two boys, or one of each.

It's reasonable to determine twins as fraternal when they have different blood types and/or are of different genders (except in rare cases as mentioned earlier). When they share the same blood type and are also of the same gender genetic testing may need to be done to be sure of their zygosity.

Now that we have answered the question, "What is Twin Zygosity?", let's move on to the different types of placentation during a twin pregnancy.