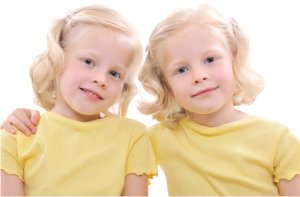 For years people have been doing identical twins research of all different types. Ranging from those that were separated at or near birth to those that have been in the same residence for their entire lives. There have been multiple and extensive studies performed in an effort to determine if the twins are indeed identical in every facet or if there are actually changes that occur either while in the womb or after birth.

Regardless, of the situation there has been research that has occurred to discover and explore the different theories that relate to the ideas and theories about identical twins. One of the primary things that one will need to remember when thinking about and looking into identical twins is the fact that they come from one sperm and one egg that has split. There is no multiple fertilization or egg dropping in the equation if it is truly a case of identical twins. 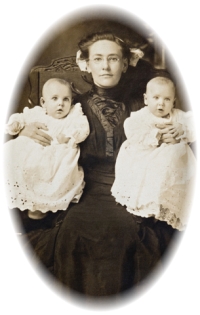 The most common early research that was done on identical twins involved cases in which the twins had been separated and then reunited later in life. There are multiple reported cases of this happening and in almost every recorder case, the results proved the same theory. The theory was that even though the two people had not been raised in the same home or in the same country in some cases, they ended up having many similar tastes and traits that were not taught to them, but simply developed over time.

One such example would have been involving the testing of whether or not they had developed these traits and mannerisms independently. In one case there were two men who were raised in drastically different families. One was raised Jewish, while the other was raised in a Nazi home. When introduced, they both had similar glasses on and similar outfits. They also had similar smoking patterns as well as had named their children with the same names with different spellings; the first name of one was Alan, and the other Allen. This is not a rare occurrence as almost all of the cases of identical twins research on this subject netted similar results. Just read the fascinating book Twins: And What They Tell Us About Who We Are - by Lawrence Wright. to see how this rings true. 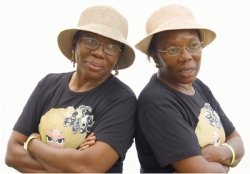 When it comes to personality traits however, there is often times a major difference. It is thought that this is because identical twins can actually be mirror images of each other. In other words, they use the opposite sides of their brain. This means that one will be logical and the other more liberal or artistic. Another revelation that came from this research is that the twins will have the similar fingerprints, but on the opposite hands, which further goes along with the mirror image theory and discussion. In many cases, they will even use the opposite hands of the others because of the varying brain dominance. As the embryo split, each half took on its own identity in as far as how it would think. This does not mean that they would not share mannerisms as in the previous research, but they would have different ways to think and arriving at a conclusion. Just as occurs in many different families among all children and not only twins, they will have specific traits that they inherit, but will not necessarily think in the same way as everyone else.

The most recent identical twins research has shown that even though identical twins do come from one initial embryo, they do not have exactly the same DNA. This research helps in determining the progression of genetic diseases as well as breaking down just how identical the two children are in regards to what all they share. They may share eyes and every distinguishable feature in regards to appearance; however, they do not share the exact strands of the blueprints of their life. This will help in determining further research on diseases as well as furthering the research that is done on identical twins to see just how far it actually goes when trying to replicate each other.

In essence there is much research into the topic, and in many cases the theories that were arrived at did ring true. However, as with anything there is no need to stop identical twins research and to stop creating theories that will allow for further development of disease prevention as well as human preservation or replication of any sort when it comes to identical twins research.

Find out how to Tell Twins Apart

What is Twin Zygosity Testing?